Today, Lior Navok's new opera, An unserem Fluss (By our river), with a libretto by the composer (translated in German by Kristian Lutze) will be performed in Frankfurt, at the Bockenheimer Depot. 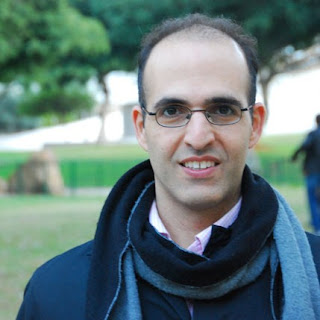 
One country, two nations, a story about uprooting, expulsion, return, freedom and boundaries – and the longing for freedom.
People are on the run. They organise themselves and fight to preserve their identity. 15 year old Lucia is sent to look for water and meets Sipho, who is the same age. She likes him immediately. At their second meeting they realise that he is one of »the others« – the enemy and supposed murderers of her parents. The uncertainty felt by both teenagers is great, but the desire for a future together is stronger. Questions are raised, plans made: at »their river« happiness seems within reach. But how to combat the powers that be? Maintaining a picture of the enemy is necessary for survival and influences how people see themselves. The boundaries between reality and fiction blur. Lucia and Sipho look for a way out of a vicious circle which reaches far beyond the boundaries of countries and national interests. (reproduced from the opera house website)