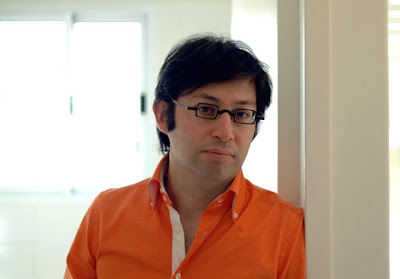 
Tilla Durieux was once very successful on stage. Years later, things are different. After the suicide of her husband Paul Cassirer and the seizure of power by the National Socialists, she left Germany and experienced years of privation in Croatia, working as a seamstress, before returning to her homeland seven years after the end of the war. Emil Jannings was a successful actor for silent films. He must now answer the questions of his nephew Jörg about his behavior during the Nazi dictatorship. (freely translated from the Staatsoper website)

Posted by Mathias LEHN at 08:22 No comments: 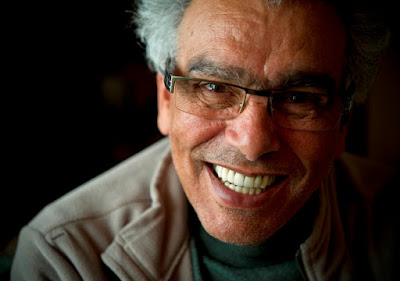 
As fascinating as she is mysterious, the figure of the Berber poetess Mririda inspired this new opera which plunges us into the horrors of war. At the heart of a fictitious land ravaged by fighting, can the beauty of language conquer men who are ready to do anything to destroy their fellow creatures ? (reproduced from the Opéra national du Rhin website).

The performance should last about 80 minutes, with no interval.

Posted by Mathias LEHN at 13:38 No comments:


Today, the Opera Philadelphia presents the world première performance of Missy Mazzoli's new opera, Breaking the Waves, with a libretto by Royce Vavrek. 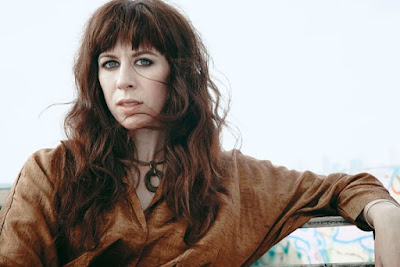 It is the composer's second chamber opera, after Song from the Uproar : The Lives and Deaths of Isabelle Eberhardt (New York, 2012). The libretto is based on the 1996 Academy Award-nominated film by Lars von Trier.


The Scottish Highlands in the early 1970s. Bess McNeill is a religious young woman with a deep love for her husband Jan, a handsome oil rig worker. When Jan becomes paralyzed in an off-shore accident, Bess’s marital vows are put to the test as he encourages her to seek other lovers and return to his bedside to tell him of her sexual activities. He insists that the stories will feel like they are making love together and keep him alive. Bess’s increasing selflessness leads to a finale of divine grace, but at great cost. (reproduced from the Opera Philadelphia website)

The opera is published by G. Schirmer Inc. The performance (at the Perelman Theater) should last about 2 hours and 30 minutes, including a 20 minute intermission.

Posted by Mathias LEHN at 08:49 No comments:


This Saturday morning, I have received in the mail the programme book published by the Theater an der Wien in Vienna for the world première performance of Anno Schreier's Hamlet. The first performance was on September 14. 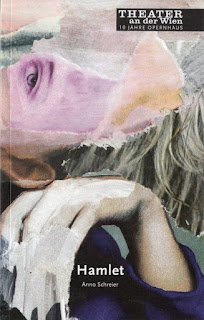 The book is entirely in German, but it contains an English synopsis of the opera at the end. I now have 431 programme books for contemporary operas in my collection. All the covers are available in this flickr folder.

Posted by Mathias LEHN at 16:53 No comments:


Today, the Theater an der Wien in Vienna presents the world première of Hamlet, an opera in 25 scenes composed by Anno Schreier, with a libretto in German by Thomas Jonigk, based on the play by William Shakespeare, Historia Danica by Saxo Grammaticus and Histoires Tragiques by François de Belleforest. 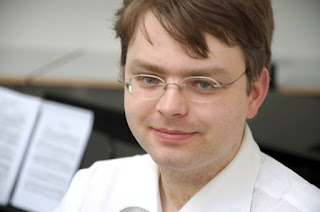 It is the composer's seventh work of musical theatre. He has already composed two operas : Kein Ort. Nirgends (2006), after Christa Wolf and Möder Kaspar Brand (2011) after Edgar Allan Poe.


Hamlet, the old king, is dead, presumed poisoned. His widow Gertrude now plans to marry his brother, Claudius. She seems to have an over-affectionate relationship with her son, Hamlet. Presumably for this reason, and on grounds of decency, the son disapproves of her mother's remarriage so soon after his father's death. The young Hamlet feels that everything is becoming too much for him: his feelings towards his mother, his father's death and the looming prospect of one day succeeding him as king which would mean having to accept him or the new king, his uncle Claudius, as a role model. What is more he is sure that it was Claudius who killed his father. How should he react in this situation ? Gertrude is soon pregnant and convinced that the child will be a boy. Hamlet feels surplus to requirements and starts to suffer fits of depression. Gertrude engages Ophelia, a high-class prostitute who also bestowed her "favours" on the late king, as a distraction for Hamlet. However, the nature of her profession is also causing Ophelia to feel depressed. She and Hamlet realise that they have an emotional bond and fall deeply in love with each other. Gertrude now persuades Claudius to murder Ophelia. Once she is dead, Gertrude sets Hamlet against Claudius so she will be rid of him as well, but her plans go awry when Claudius stabs Hamlet to death. Claudius publicly expresses his regret at the death of the crown prince before securing family ties with the pregnant Gertrude. (reproduced from the Theater an der Wien website)

The opera should last about 2 hours and 15 minutes. The first performance will be broadcast by Austrian Radio OE1 on Friday 16 September.

Posted by Mathias LEHN at 09:36 No comments:


Today, the San Francisco Opera presents the world première performance of Bright Sheng's new opera, Dream of the Red Chamber, with a libretto in English by David Henry Hwang and Bright Sheng, after Cao Xueqin's novel. 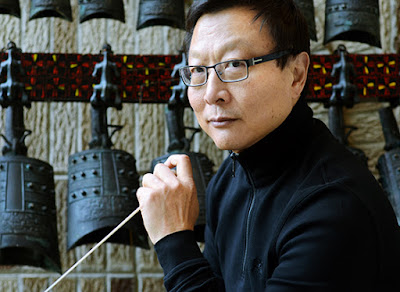 It i the composer's fifth opera. His previous workd for the stage include The Song of Majnun (1992) and Madame Mao (2003).


Despite his love for Dai Yu, Bao Yu is destined to marry another cousin, an attractive heiress, who might reverse the family’s declining fortunes. (reproduced from the San Francisco Opera website)

The performance should last about 3 hours, including one intermission. This opera is a coproduction with the Hong Kong Arts Festival. There will be two more performances there on March 17 and 18, 2017.

Posted by Mathias LEHN at 08:31 No comments:

Received in the mail this morning : programme book for 'The Exterminating Angel' in Salzburg


This Wednesday morning, I have received in the mail the programme book published by the Salzburg Festival for the world première performance of the new opera by Thomas Adès, The Exterminating Angel, on July 28th.

It is a 244 pages book. It is entirely bilingual, English and German. It contains :

- the complete cast and crew ;
- the synopsis of the opera ;
- several color photos of the original production, as well as black & white stills from Bunuel's film ;
- pages from the original manuscript score ;
- Why do we ever do anything ?, dialogue between the composer Thomas Adès and stage director Tom Cairns ;
- Retuning the Dance - The Music of Thomas Adès, by Paul Griffiths ;
- No Exit - On Luis Bunuel's idiosyncratic disaster film 'El angel exterminador', by Christian Arseni ;
- the complete libretto ;
- biographies of the cast and crew, with black and white headshots.

All the scanned front covers of the programme books for contemporary operas I have can be viewed in this flickr folder.

Posted by Mathias LEHN at 16:56 No comments: