Following the world première performance of HK Gruber's new opera Geschichten aus dem Wiener Wald in Bregenz (see below), I have acquired the following items related to the composer and his opera : 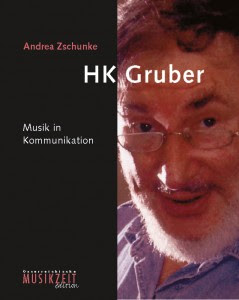 Posted by Mathias LEHN at 11:39 No comments:


During the 2014-2015, several recent operas will be performed with new productions or revived :

Posted by Mathias LEHN at 11:25 No comments:


Today, the second opéra composed by French composer Marc-André Dalbavie will be performed for the first time in Salzburg at the Felsenreitschule. 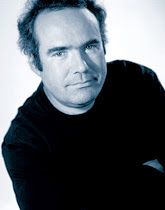 ‘A person is sitting beside the sea. He is painting. A tune suddenly enters his mind. As he starts to hum it, he notices that the tune exactly matches what he is trying to commit to paper. A text forms in his head, and he starts to sing the tune with his own words, over and over again in a loud voice until the painting seems complete.’ This is how Charlotte Salomon describes the genesis of her fascinating series of paintings, Life? Or Theatre? The young Jewish artist had fled to southern France following the Kristallnacht pogrom in Berlin on the night of 9/10 November 1938, where she joined her grandparents. She was living in Villefranche when the Second World War broke out. Afraid of the troops who were drawing ever closer from Nazi Germany, her grandmother threw herself to her death from an upstairs window. Her grandfather then told her that when Charlotte was nine her mother had ended her life in the same way. Even worse, she now discovered that a whole series of other relatives had committed suicide. Charlotte sensed that if she, too, was not to fall victim to the family curse or to go mad, she would have to do ‘something altogether insanely special’.

Dalbavie's first opera, Gesualdo, based on the life of the famous composer was first performed in October 2010 in Zurich. His second opera has a libretto written by Barbara Honigmann, after Charlotte Salomon's own work, then translated into French.

Posted by Mathias LEHN at 11:36 No comments:


Today, Heinz Karl Gruber's fourth opera will be performed for the first time in Bregenz, Austria. The libretto for Geschichten aus dem Wiener Wald (Tales from the Vienna Woods) has been written by Michael Sturminger, after Ödön von Horvath's play.