Today : world première of 'The Exterminating Angel' by Thomas Adès in Salzburg


Today, the new opera composed by Thomas Adès, The Exterminating Angel, with a libretto by Tom Cairns and the composer after Luis Bunuel's and Luis Alcoriza's screenplay for Bunuel's film El Angel exterminador. 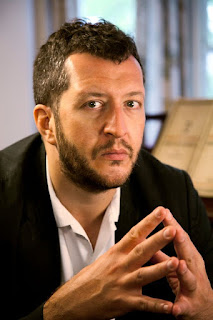 
A group of elegant individuals have been invited to an exclusive dinner after a performance at the opera. The raft on which they drift, cut off from the world outside, is the salon of a luxurious villa owned by their host, Edmundo de Nobile. All around land is in sight, the door to the adjacent room is open ; but although there are no obvious obstacles, no one is capable of crossing the threshold. (reproduced from the Salzburg Festival website)

The performance should last about 2 hours and 30 minutes. The first performance is broadcast live by Austrian Radio. Following the world première in Salzburg, the opera will then be performed in London (Royal Opera House, Covent Garden), New York (The Metropolitan Opera) and Copenhagen (Det Kongelige Teater).

Posted by Mathias LEHN at 08:00 No comments: 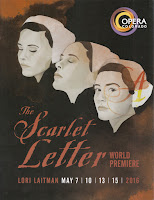 The covers of all program books I for contemporary I have can be seen in this flickr folder.

Posted by Mathias LEHN at 11:34 No comments: