New programme book in my collection : 'Paradiese' by Gerd Kühr in Leipzig

Yesterday, I have received the programme book published by the Oper Leipzig for the world première performance of Gerd Kühr's Paradiese. 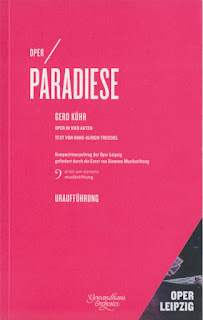 It contains also 16 pages of colour photos of the production. It is entirely in German.

I now have 1996 programme books in my collection, including 664 for contemporary operas. I have catalogued my entire collection on LibraryThing.

Posted by Mathias LEHN at 14:10 No comments:

Today, the Oper Leipzig presents the world première of Paradiese, an opera in four acts composed by Gerd Kühr with a libretto by Hans-Ulrich Treichel. 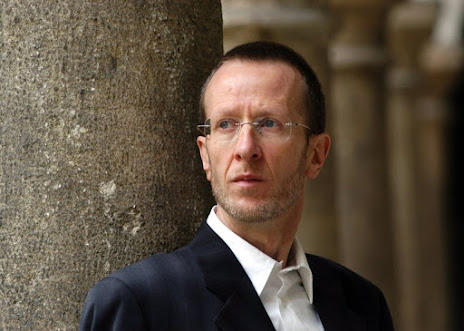 This opera tells the initiation story of a young man named Albert, set against the backdrop of a divided Germany. The setting is the city of Berlin. We’re taken on a journey: to West Berlin in the 1970s, to a mythological time on the No-man’s land of the Peacock Island, to the pre-unification theater scene in West Berlin, and to the years after the fall of the Wall. Four female figures represent four the different stages of our jouney: Lise, a political science student; Friederike, a dental student; Marie, an actress; and Anna, a young woman from East Berlin. (reproduced from the Oper Leipzig website)

The performance should last about 2 hours. The venue if the Opera House.

Today, the Festival International d'Art Lyrique in Aix-en-Provence presents the world première of Innocence, an opera in five acts composed by Kaija Saariaho with an original Finnish libretto by Sofi Oksanen and a multilingual libretto by Aleksi Barrière (Finnish, Czech, Romanian, French and English). 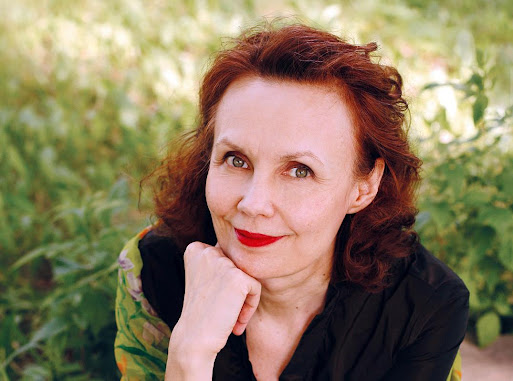 It is a typical wedding for a cosmopolitan city, in present-day Finland. The fiancé is Finnish, the bride Romanian, and the mother-in-law French. But suddenly, during the wedding banquet, the Czech waitress feels ill… Ten years earlier, these characters were struck by a tragic event. Ghosts revive their memories of the trauma, which occurred in a school; there is a guilty haze, a lost innocence. (reproduced from the Festival d'Aix-en-Provence website)

The score is published by Chester Music. The required orchestra is the following :

The performance should last 1 hour and 45 minutes.The venue is the Grand Théâtre de Provence.

Today : world première of 'Aliénor' by Alain Voirpy in Limoges

Today, the Opéra de Limoges presents the world première of Aliénor, Allah i Nour, Queens of Light, an opera composed by Alain Voirpy. 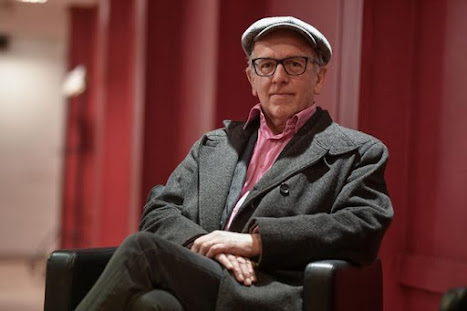 The action takes place at the crossroads of multiple temporal fractures, illustrating the permanence of the fight led by women to defend their legitimate rights: Eleanor, in the Middle Ages, recluse in a castle in England, alone, facing her past, her demons, her guilt, but also the frustrations of the queen, the mother and the Christian, Eleanor still, today a prisoner of a museum in the Middle East, a Western mirage in a world fanaticized by the obscurantism, Eleanor, finally, contemplating in New York the result of 8 centuries of incessant struggles: a freedom which remains to be conquered in the face of a humanity which has forgotten its past to convince us, today, of his sincerity. (freely adapted from the Opéra de Limoges website)

The performance should last 1 hour and 45 minutes.

Today, the Oper Frankfurt presents the world première of Lucia Ronchetti's Inferno, an opera with a libretto by the composer based on Dante Alighieri's Divina Commedia with an epilogue by Tiziano Scarpa. 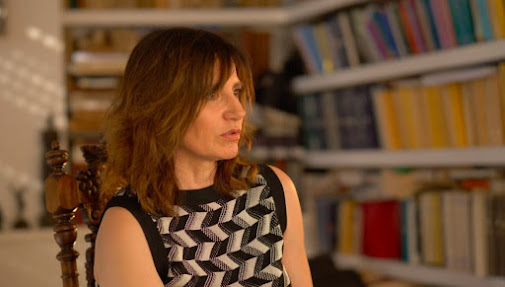 A man at rock bottom decides to search for the next world, journeying through Hell. (reproduced from the Oper Frankfurt website)

The performance should last about 1 hour and 45 minutes with no interval. The venue is the Bockenheimer Depot.

Today, the Angers Nantes Opéra presents the world première of Les Sauvages, an opéra composed by Guillaume Hazebrouck with a libretto by Guillaume Lavenant. 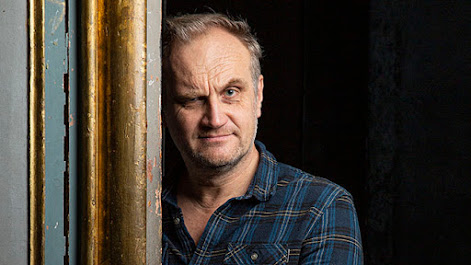 It is the composer's first opéra.

A mysterious young woman settles in a park on the outskirts of the "neighbourhood". The "neighbourhood" is where they all live : the children and their gangs, the adults. They all surround the young woman and ask her what she came to do there. Soon, police, town planners, politicians join in : in this place between city and forest, it is necessary to keep control of the territory. But the intruder will shatter habits. (freely adapted from the Angers Nantes Opéra website)

The venue is the Théâtre Graslin in Nantes. The performance should last 90 minutes.

New programme book in my collection : Singularity by Miroslav Srnka in Munich

Yesterday, I have received the programme book published by the Bavarian State Opera for the world première performance of Miroslav Srnka's Singularity. 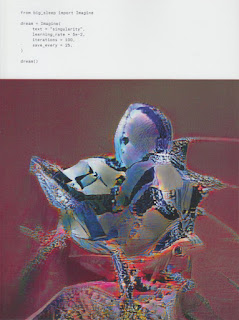 I have catalogued all my 1950 opera programme books on LibraryThing.

Posted by Mathias LEHN at 11:35 No comments: 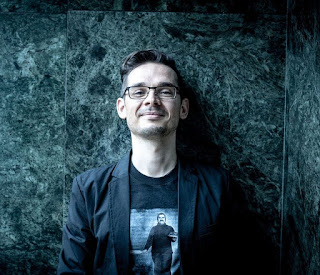 Today : world première of 'Transito' by Jesus Torres in Madrid

Today, the Teatro Real presents the world première of Transito, a chamber opera composed by Jesus Torres, with a libretto by the composer based on Max Aub's play. 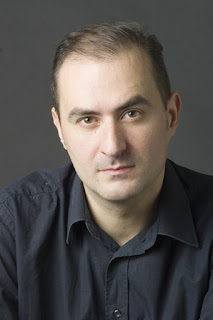 When there were still many ex-combatants and exiled Republicans who held out hope that the allied forces in the Second World War would put an end to the Franco regime, Max Aub pre-empted the total standstill of time with which history would condemn all of these people in a labyrinth of political and personal divided loyalties, uncertainty and disappointments. (reproduced from the Teatro Real website)

The performance should last 80 minutes. The venue is Naves Matadero. The subject comes from a Chinese legend about two celestial stars in love who, each year, having travelled far, manage to come within reach of each other without ever being able to come together from the disparate sides of the Milky Way. It is an immense parable which alternates between the sublime, the comic and the disturbing. It is set in a specific era (the Spanish Golden Age) during which humanity experiences its first bout of 'globalization'. Confronting a passionate desire for individual happiness, external imperatives and an aspiration for the universal, the work leads the spectator into a ongoing state hovering between hypnosis and joy. (reproduced from the Opéra national de Paris website)

All performances begin at 2:00 PM and should last about 6 hours, including 2 intermissions. The venue is the Palais Garnier.

New programme book in my collection : 'Dark Spring' by Hans Thomalla in Mannheim

Yesterday, I have received the programme book published by the Nationaltheater Mannheim for the world première performance of Dark Spring, a new opera composed by Hans Thomalla with a libretto by the composer after Frank Wedekind's play Frühlings Erwachen. 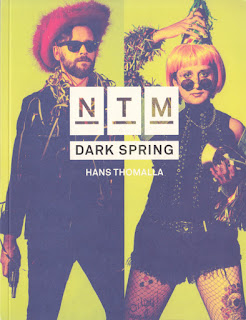 It is a 72 pages book, entirely in German. It contains :

I have catalogued all my programme books on LibraryThing.

Posted by Mathias LEHN at 11:31 No comments:

Today : world première of 'Ritratto' by Willem Jeths in Amsterdam


Today, the Dutch National Opera and Ballet presents the world première of Ritratto, an opera composed by Willem Jeths with a libretto by Frank Siera. 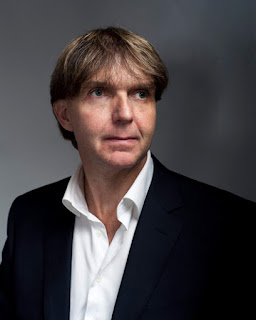 It is the composer's second opera after Hôtel de Pékin - dreams for a dragon queen (Enschede, 2008).


Luisa Casati Stampa di Soncino (1881–1957) led a life of wealth and extravagance in high-society Paris, Venice and Rome, where she surrounded herself with prominent artists, following her motto: ‘I want to be a living work of art’. She had a turbulent relationship with Gabriele d’Annunzio, Léon Bakst designed exotic dresses for her, and she commissioned countless portraits of herself by artists including Kees van Dongen, Filippo Marinetti, Man Ray, Romaine Brooks and Giovanni Boldini. (reproduced from the Dutch National Opera website)

The performance should last about 90 minutes (no interval). It was supposed to take place on March 13 but was postponed because of the Covid pandemic.