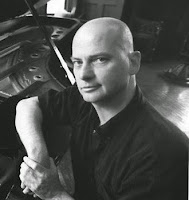 It is Cipullo's third opera, after Glory Denied (2007-2013) and Lucy (2009). Dutch composer Michel van der Aa composed an opera with the same title (first performed in Amsterdam in 2006), but it is not the same story.

The libretto by David Mason described the encounter between Pablo Picasso and Gertrude Stein at her appartment, 27 rue de Fleurus in Paris. Ricky Ian Gordon's recent opera 27 (released on CD by Albany), is located there and shows the same characters.


Picasso and Stein meet again in a posthumous debate filled with both passion and humor. They argue over the moral responsibilities of artists to address the evil they see in the world. They confront each others’ weaknesses, and their own, in succumbing to vanity and ego. (reproduced from the MOR website)