Today Per Bloland's new opera, Pedr Solis, with a libretto by Paul Schick in English and Old Norse languages will be performed in Boston (MA). 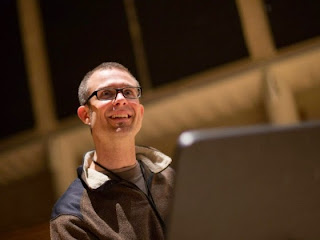 The opera is a commission of Guerilla Opera, and performances will take place at the Zack Box at the Boston Conservatory. The libretto (which can be downloaded from the Guerilla Opera website) is based on The Tower, a play by Hugo von Hofmannsthal and the life of Norwegian author Pedr Solis in the late 1960s.


A figure is written into a structure located in a timeless mythic landscape somewhere in the north of Norway. He explores its modernist architecture, but increasingly the irrational encroaches, and order disintegrates. Pedr’s novel character is released from captivity and undertakes to overthrow the author and usurp his role in Oslo. The revolution succeeds, but Edda forces incipient at the borders burst in to subsume the story. The Norwegian god Loki soliloquies. (reproduced from the Guerilla Opera website)

The first performance will be streamed live on the Guerilla Opera website.