Today, the new opera by Peter Eötvös, Der goldene Drache (The Golden Dragon), with a libretto by Roland Schimmelpfennig after his own play, will be performed in Frankfurt at the Bockenheimer Depot. 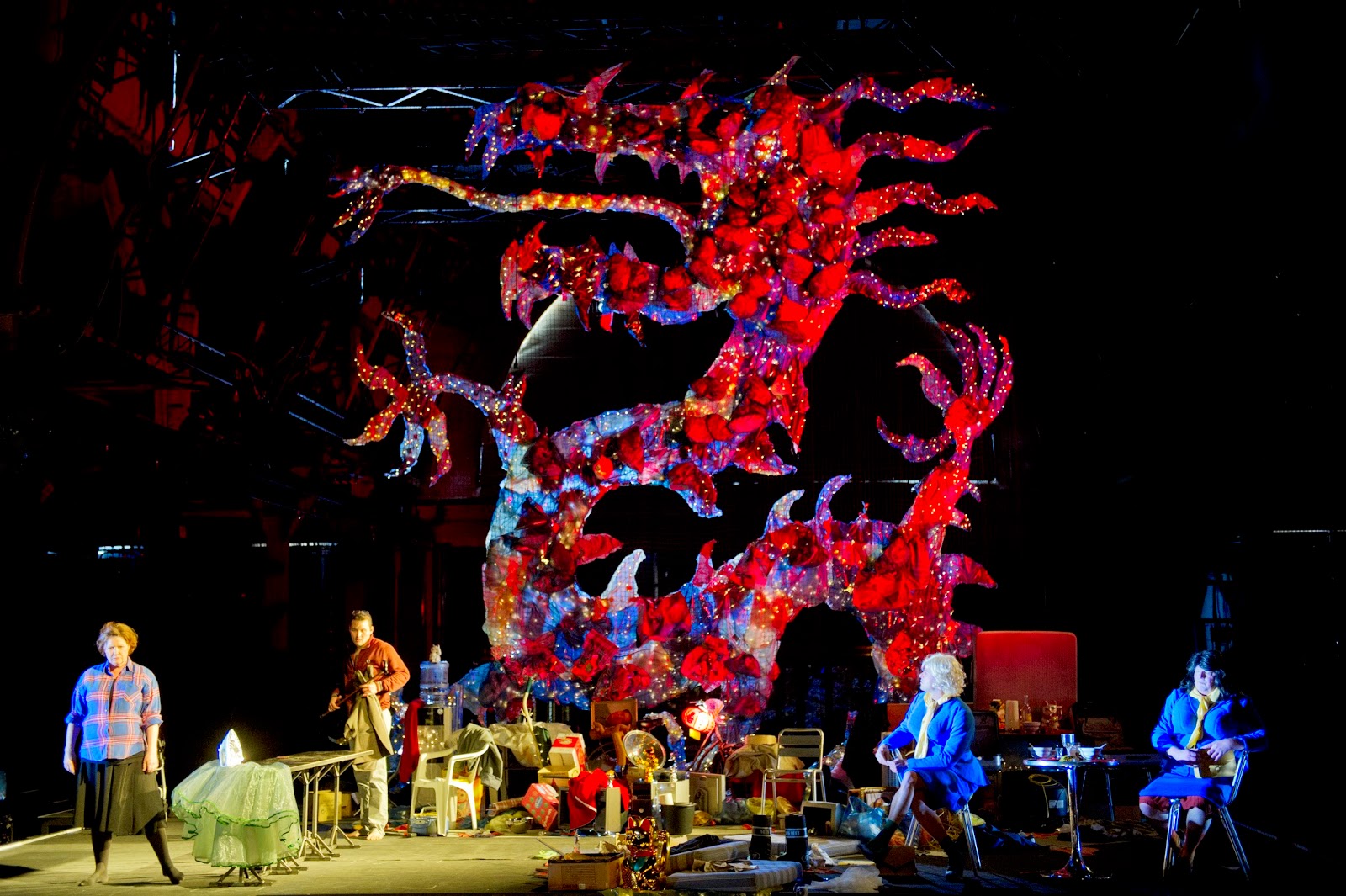 Here is the introduction to this opera, reproduced from the opera house's website :


The parallel worlds of locals and immigrants converge in an Asian take-away. A young man from China, looking for his sister, has no means of identification and suffers from terrible toothache. His tooth is removed – with a wrench - and lands in a Thai soup and then, in the mouth of a stewardess who lives just around the corner. And the others? A man is growing old and longs for something that nobody can give him. A woman becomes pregnant, but her husband does not want the child. Another is left by his wife. A cricket works for an ant who unfairly takes advantage of him...