Today : World première of 'Dreyfus' by Michel Legrand in Nice


Today, the Opéra de Nice presents the world première performance of Michel Legrand's opera Dreyfus, with a libretto by Didier van Cauwelaert after the political scandal around Captain Alfred Dreyfus which divided France between 1894 and 1906. 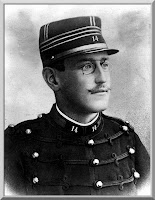 It is Michel Legrand's second stage work after Le Passe-Muraille in 1997. This subject has already been adapted as an opera by Jost Meier in Berlin in May 1994.

In the last issue of the magazine published by the Opéra de Nice, the composer Michel Legrand says he has composed a popular opera. He wants to get as close as possible to direct emotions and simplicity. There is nothing hermetic.