Today, the Dutch National Opera in Amsterdam presents the world première of Moritz Eggert's Caliban, a chamber opera with a libretto by Peter te Nuyl based on William Shakeseare's The Tempest. Like The New Prince yesterday, it is part of the Opera Forward Festival. 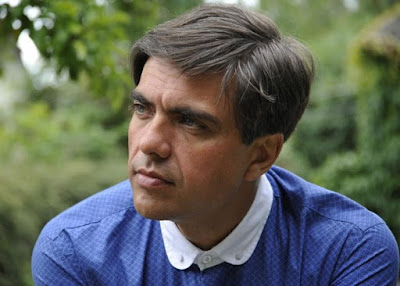 
In a society ruled by success, beauty, talent and fame, there is little scope for the underdog; for someone who has never made it and probably never will. Caliban is the ultimate anti-hero. After being abandoned in the forest as a child, he leads a life of slavery. He has a huge inferiority complex, is not very smart and fails in his attempt to free himself. (reproduced from the DNO website)

According to the composer's website, the required orchestra is the following :

The performance will take place at Het Compagnietheater and should last about 90 minutes. The work is published by Sikorski.