Today, the Opéra national de Paris presents the world première performance of Luca Francesconi's new opera, Trompe-la-mort with a libretto in French by the composer after Honoré de Balzac. 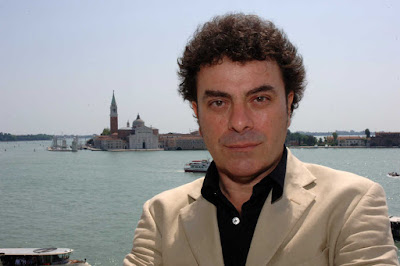 
Fathers and sons. The Revolution committed a double parricide by decapitating two symbolic patriarchal figures : the King and God. Devoid of its substance, post-revolutionary society saw Paris under assault from ambitious, self-serving characters from the provinces in search of success and recognition. Some of them, like Lucien de Rubempré, would fail, while others, like Eugène de Rastignac, would succeed. They both embody two faces of a young generation eager to conquer the future but which had no other choice than to pledge allegiance to the financial order. It was the father's retribution : in the end, the young generation was used, bled dry and finally sacrificed on the altar of power and money. (reproduced from the programme book)

The performance should last about 2 hours, with no intermission. It will take place at the Palais Garnier. the opera will be recorded by France Musique for later broadcast.

The score is published by Ricordi. According to the publisher's website, the required orchestra is the following :

I have received the programme book yesterday. 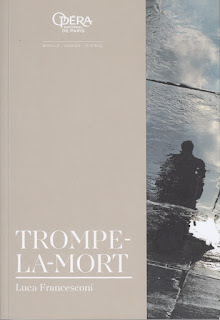 The programme is in French, with English translations of 'in brief', 'synopsis and characters' and 'timeline'.
It is my 450th programme book. All scanned covers are there.