Today, the Grand Théâtre de Luxembourg presents the world première of En Silence, a chamber opera composed by Alexandre Desplat, with a libretto in French by the composer and Dominique 'Solrey' Lemonnier after Yasunari Kawabata's short story. 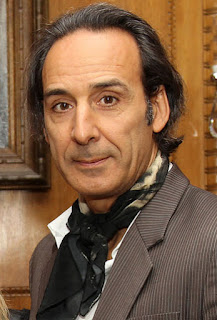 
A young writer goes to visit an older one who has suffered a stroke and can no longer speak or write and even refuses to make any facial expressions or gestures – as if the negation of himself had become his last affirmation. This silence leads the protagonists to engage in one-way conversations, in turn generating thoughts for the phantom patient. (reproduced from the Grand Théâtre de Luxembourg website)

The performance should last 75 minutes. After two performances in Luxembourg, the opera will also be performed in Paris at the Théâtre des Bouffes du Nord (March 2 and 3).