Today : world première of 'Aster' by Akira Nishimura in Tokyo


Today, the New National Theatre in Tokyo presents the world première of Aster, an opera in two acts composed by Akira Nishimura, with a libretto by Mikiro Sasaki based on Jun Ishikawa's novel. 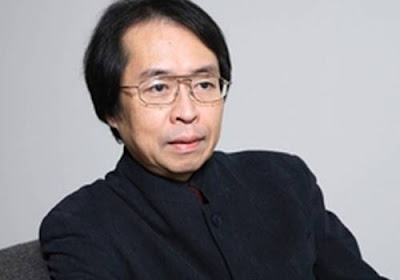 It is the composer's first full-length opera.


The story begins with the wedding ceremony of a young governor Muneyori to Princess Utsuro, daughter of a powerful family. It's an arranged marriage and there is no love between Muneyori and his sexually uninhibited wife. He was born into a distinguished family of poets, but he has abandoned poetry to pursue archery, much to the rage of his father. His uncle and archery teacher Yumimaro tells him that while he is still under the influence of poetry, he cannot master the skill of the two-arrow technique : the 'arrow of knowledge' followed by the 'arrow of death'. He demonstrates this by killing Princess Utsuro's lover, and Muneyori follows and kills her next lover, but she is unconcerned. Each time he kills, he orders for Asters to planted, a flower associated with never forgetting. Meanwhile, his servant Tonai is plotting to gain power by becoming intimate with Princess Utsuro. One day on a hunt, Muneyori meets a mysterious woman named Chigusa.

Muneyori is seduced by Chigusa, but on a moonlight evening he discovers that she is a fox transformed into a woman. Through her magical powers, he masters the third arrow, the 'demon arrow' and uses it to kill his uncle Yumimaro. Tonai is finally united with Princess Utsuro and attempts to overthrow his master and become the governor. Meanwhile, Muneyori goes into the mountain with Chigusa in search of day-lilies, also called 'flower of forgetfulness'. In the mountains lives the sculptor Heita, who carves the face of the Buddha on the side of the mountain. When Muneyori shoots an arrow into the face of the Buddha, the whole cliff crumbles, and he too is dragged to death. (reproduced from the New National Theatre website)