This afternoon, I have finally received the programme book published by the Teatro alla Scala in Milano for the world première of György Kurtag's Fin de partie, on November 15, 2018. 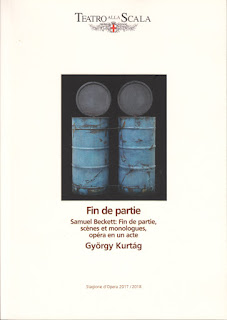 I now have 636 programme books for contemporary operas. I have scanned and uploaded all the covers to this flickr folder.