Today : world première of 'Drachenherz' by Wolfgang Böhmer in Chemnitz


Today, the Theater Chemnitz presents the world première of Drachenherz (Dragonheart), a musical for children composed by Wolfgang Böhmer, with a book by Peter Lund. 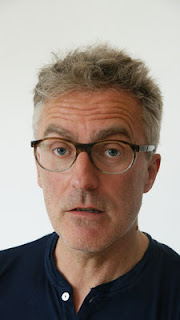 
Günni’s clique is really cool. At least Günni thinks so. Otherwise, there isn’t a whole lot that’s cool in the small city in the middle of Germany where so many people are out of work and most of the parents sit apathetically in front of the television. Then Fred shows up. Fred is different : he has ideas and a brain in his head. Fred makes everything more fun. Fred soon becomes Günni’s right-hand man in the clique. Hannes is seeing red. Hannes had always been Günni’s right-hand man. And if anyone has the right to flirt with Günni’s sister Jenny, then it is definitely him ! To sum things up : Fred has seriously offended Hannes’ honor. [...] What you do, how you fight and, most of all, for whom – these are the biggest questions that every young person poses to society, whose answers generally come across as lacking. It wasn't any different for the Nibelung. There, everyone knew what they were fighting for. In the worst case, for themselves. Siegfried had to die because there was no room for true heroes back then. Is there room for them today ? Or do the good people still have to die because the cruel simply cannot bear being so small of spirit ? (reproduced from the Neuköllner Oper website)

The performance should last 2 hours and 20 minutes, including one interval.

The musical will also be performed in Berlin (Neuköllner Oper), starting June 13, 2019.