Today, the Oper Stuttgart presents the world première of Erdbeben. Träume (Earthquake. Dreams), an opera in one act composed by Toshio Hosokawa, with a libretto by Marcel Beyer based on Das Erdbeben von Chili by Heinrich von Kleist. 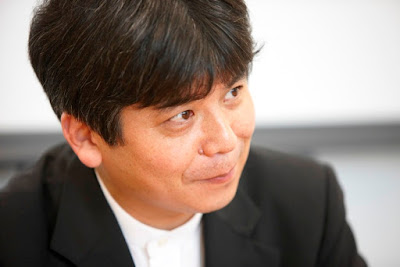 
A child, whose parents were massacred leaving him to be raised by foster parents, goes on a journey to find his real parents asking himself, ‘Where are my real parents?’ and ‘Who am I ?’
The audience follows the aural and visual representation of the child’s existencial voyage as he prepares to become an adult. Nevertheless, this journey is by no means without peril.
Awaiting him are violent forces of nature (earthquakes and tsunamis), the terrifying unconscious mass violence hidden in the heart of humans, and the ferocity of nature; on the other hand, there emerges the love story of his parents, the solidarity of mankind, and the grace of nature. (reproduced from the Schott Music website)

The required orchestra is the following (reproduced from the Schott Music website) :

The performance should last about 90 minutes. The score is published by Schott Music.