Today, the Festival d'Aix-en-Provence presents the world première of Seven Stones, an 'opera for 4 soloists and 12 choir singers playing instruments and objects', by Ondřej Adámek, with a libretto in English by Icelandic poet Sigurjón Birgir Sigurðsson (also known as Sjón). 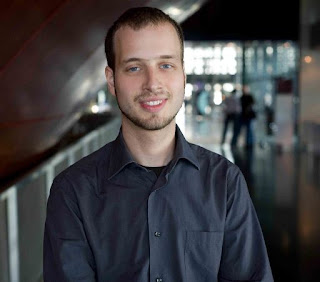 
A mineralogist-collector who has got lost down a snowy lane remembers: many years earlier, he had gone in search of the first stone – the one that was almost used to stone to death the adulterous woman who was saved by Christ. During this seven-year long journey that takes him from Buenos Aires to Paris and from Japan to Iceland, the collector discovered many other stones... And the end of his journey leads to the conclusion of his quest – and to tragedy. (reproduced from the Festival website)

The performance should last about 80 minutes. The venue is the Théâtre du Jeu de Paume.