Today, the Teatro alla Scala in Milano presents the world première performance of Ti vedo, ti sento, mi perdo (To see you, to feel you, to lose me), an opera in two acts composed by Salvatore Sciarrino, with a libretto by the composer. 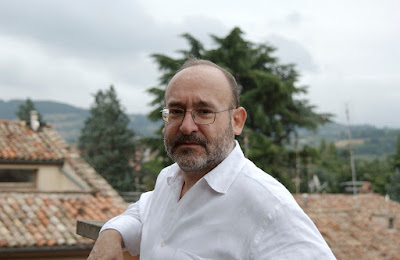 
The subtitle of Ti vedo, ti sento, mi perdo is Waiting for Stradella. This alludes to the fate of Alessandro Stradella, a highly prominent Italian composer during his time, who died in mysterious circumstances in 1682 – the victim of a violent crime. The work is set in the home of Cardinal Colonna in baroque Rome, where a singer, a writer, a musician, a choir and an instrumental ensemble are on stage awaiting the arrival of the composer. But instead of the promised new aria, they receive news of Stradella’s death. In the lead-up, the music and life of this controversial, original artist – a legend during his lifetime – are extensively reported and reflected upon. Different perspectives and values play a role, as do thoughts on human nature, the body, the senses and passion – in other words, the very essence of opera as an art form. (reproduced from the Staatsoper Unter den Linden website)

The first performance will be broadcast live by Rai Radio 3. This commission is a coproduction with the Staatsoper Unter den Linden in Berlin, where the opera will be performed in July 2018.