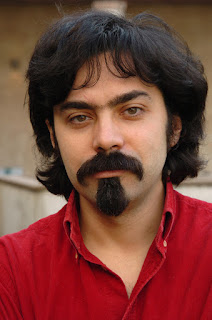 It is the composer's second opera after Obra Maestra (2006).


Hedy Lamarr, the Austrian actress who won Hollywood in the 1930s, and composer George Antheil, famous for his avant-garde experiments, contributed to the struggle against Nazism by conceiving the Secret Communication System, a method of intercepting radioactive torpedoes, similar to the perforated paper rolls used for mechanical pianos, which constantly changed the frequency of radio controls to prevent enemies from intercepting the signals. But their project exceeds any expectation by coming to the idea of ​​a universal Atlas of Relationship, a kind of ultimate theory that makes it possible to understand the nature of things and events. (freely adapted from the Teatro Comunale di Treviso website)