Today, the Landestheater Linz presents the world première of Terra Nova, an opera in three acts composed by Moritz Eggert, with a libretto by Franzobel (a.k.a. Franz Stefan Griebl) and Rainer Mennicken. 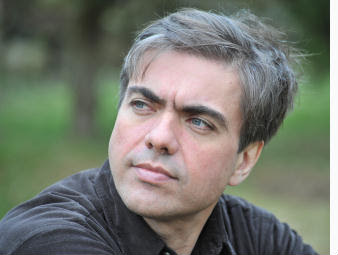 An apocalyptic scenario : The world government under President Ruler has not been able to prevent the exploitation and step-by-step destruction of the Earth. But Pandura, the state-certified astronomer, promises a specific utopia. A paradisiacal “sister planet” with seemingly peaceful and immortal aliens has contacted the Earth. Does this offer a chance at surviving in outer space ?! (reproduced from the Landestheater Linz website)

The performance should last about 2 hours and 45 minutes. The score is published by Sikorski.