Today, th new opera composed by Brice Pauset, Wonderful Deluxe, with a libretto in French by Youness Anzane, will be performed in Luxembourg, at the Studio theatre. 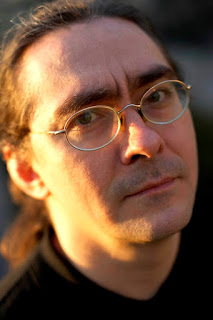 It is a monodrama for counter tenor, five voices and ensemble. The libretto was inspired by Baruch Spinoza's Ethics.


Brice Pauset’s first monodrama Exercices du silence was inspired by the life of 17th century French mystic Louise du Néant, whose life is documented in letters to her confessors. In contrast, his second monodrama Wonderful Deluxe takes as its muse a modern day celebrity uniquely created by the media, and then treated as a commodity at constant risk of destruction.(reproduced from the Theatre website)

The performance should last about 1 hour. The orchestra is the following :