Today, the Staatsoper Hamburg presents the world première of Benjamin, an opera in seven stations composed by Peter Ruzicka, with a libretto by Yona Kim. 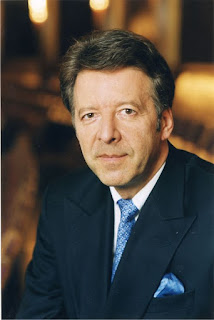 
Walter Benjamin was a German philosopher and cultural scientist. A Jew and Marxist, his path through the 20th century was irregular and meandering. The figures accompanying Benjamin on his last wanderings through life designate areas of his influence. Hannah Arendt spoke of the 'banality of evil', Benjamin’s chess partner Bertolt Brecht polemicised against his 'Jewish fascism', the Kabala researcher Gershom Scholem urged his friend to come to Israel, and with the Latvian actress Asja Lacis, Benjamin fantasised about proletarian children’s theatre. To Benjamin, it was not world revolution, but 'weak messianic power' that pointed the way to a just society. While escaping to the USA, Benjamin took his own life in the Spanish border town of Port-Bou in 1940. (reproduced from the Staatsoper Hamburg website)

The score is published by Sikorski. According to the publisher's website, the required orchestra is the following :

The performance should last about 100 minutes.

Walter Benjamin was already the main character of Benjamin, dernière nuit, composed by Michel Tabachnik, an opera first performed in Lyon on March 15, 2016.