Today : world première of 'Caruso a Cuba' by Micha Hamel in Amsterdam


Today, the Dutch National Opera and Ballet presents the world première of Caruso a Cuba, an opera composed by Michal Hamel, with a libretto by the composed, base on Mayra Montero's Como un mensajero tuyo (The Messenger). 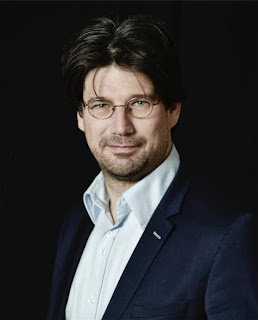 It is the composer's second opera after the tragic operetta Snow White (first performed in Enschede by the Nationale Reisopera on January 24, 2008.


On the evening that the worldfamous tenor Enrico Caruso sang Aida in Havana, a bomb exploded in the theatre. He fled out into the street and straight into the arms of the Chinese-Cuban Aida Cheng. In his stage make-up and opera costume, the singer surely raised a few eyebrows. Aida Cheng’s stepfather, a powerful Afro-Carib santero priest – prophesised not only the explosion, but also Aida Cheng’s love affair with Caruso and his untimely death. (reproduced from the Dutch National Opera and Ballet website)

The venue is the ITA (Internationaal Theater Amsterdam), aka Stadsschouwburg. Performances are part of the Opera Forward Festival. Other operas performed during the Festival are : Girls of the Golden West, by John Adams, Fin de partie, by György Kurtag and The Second Violinist, by Donnacha Dennehy.