Today, the Teatro Real in Madrid presents the world première of Je suis narcissiste, an opera buffa composed by Raquel García-Tomás, with a libretto by Helena Tornero. 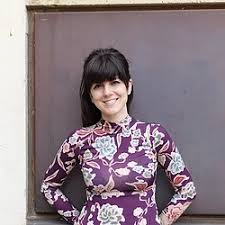 
It appears to be a more than opportune moment to talk about narcissim. This type of narcissism that inundates everything ; that inflates our perception of ourselves and encourages us to do everything in grand style, even if we may have forgotten the reason why we are doing it. Based on black humour, making no concessions, Je suis narcissiste offers us a person who organizes cultural events and who lives each day as though it were an obstacle course existing between herself and her happiness. The events overwhelm her and people leave her immersed in a sensation of loneliness. Couples, pets, bosses, artists or funeral home employees appear to be a lot more interested in talking than listening. Given such a fecund cultural medium, it proves sufficient that the reaction is triggered -in the form of a dead cat- for her complete emotional collapse. Exhausted, she arrives at the office of a psychiatrist who embraces all kinds of theories as eccentric as he himself. The two of them will travel together through an experience of transformation (or not).  (reproduced from the Teatro Real website)

The venue is the Teatro Español. After four performances in Madrid, the opera will be performed at the Teatre Lliure de Montjuic in Barcelona in April 2019.