Today, the Opéra de Lille presents Trois contes (Three Tales), a chamber opera in three parts, composed by Gérard Pesson with a libretto by David Lescot based on The Princess and the Pea by Hans Christian Andersen, The Devil in the Belfry by Edgar Allan Poe and Proust's Overcoat by Laura Foschini. 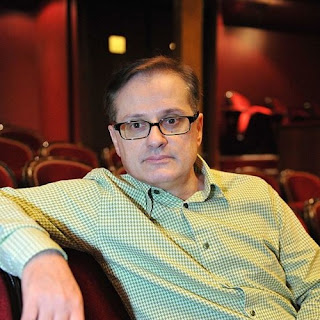 It is the composer's third opera after Forever Valley (Nanterre, 2000) and Pastorale (Stuttgart, 2006). The three parts of the triptych are separate but share some common elements, themes and symbols (including the figure of the stranger).


In The Princess and the Pea, a Prince comes back from a trip round the world without having found his dream princess. During a storm, a young woman asks for shelter in the castle. The queen has her sleep on a pile of 20 mattresses and 20 duvets, under which she has placed a pea… The Prince and the young woman will be happily married, and the pea will be displayed in the Carnavalet Museum, where Proust’s overcoat is also kept.

Proust’s Overcoat is an enquiry about the survival or disappearance of Proust’s personal belongings after his death: his manuscripts, his furniture, but also his famous overcoat. We meet the writer’s brother, who looked after the publication of Proust’s novel, his sister-in-law who, once widowed, destroyed everything she judged obscene, the rich collector Jacques Guérin who bent himself backwards in order to gather objects having belonged to his idol. The story starts in the basement of the Carnavalet Museum.

The Devil in the Belfry tells how the routines of the citizens of Vondervotteimittis were broken by the intrusion of a violin-playing devil in their belfry… This tale, full of caustic irony, will have the same structure as the short story: a lecture, with a narrator and a group of six voices which comment on it. The arrival of the devil will be a choreographic moment. Visual and musical elements will reflect Poe’s ironic distance. (reproduced from the Ictus Ensemble website)

The performance should last about 90 minutes, with no intermission.