Today, the Staatsoper Unter den Linden in Berlin presents the world première of the new version of Babylon, an opera composed by Jörg Widmann, with a libretto by Peter Sloterdijk. 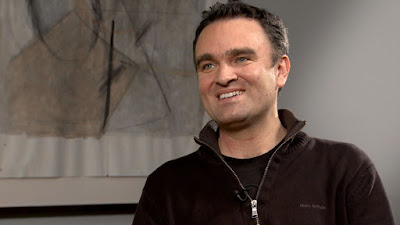 It is the composer's second opera after Das Gesicht im Spiegel (Munich, July 17th, 2003). The original version was first performed in Munich on October 27, 2012.


Jörg Widmann’s Babylon deals with the boundaries of language, and indeed of linguistic confusion. The composer places the multicultural society of the pre-ancient, culturally advanced metropolis of Babylon at the centre of his opera. It is not only the Babylonians who move between chaos and order, but also the Jewish exile Tammu, who forsakes his erstwhile love, the Soul, to turn instead to the Babylonian priestess of war and free love, Inanna. When a human sacrifice is called for to appease the gods who once punished the people of Babylon with the Flood, the Priest-King chooses Tammu. After Tammu is executed, Inanna decides to go down into the underworld to convince its ruler, Death, to allow her lover to return to the world of the living. Finally, a new covenant is made between the gods and the people, and order is – at least temporarily – restored. (reproduced from the Staatsoper Berlin website)

The required orchestra is the following (reproduced from the Schott Music website) :

The performance should last about 2 hours and 40 minutes, including interval. The score is published by Schott Music.