Today, the Theater Basel presents the world première of Andersens Erzählungen (Andersen's Tales), an opera drama composed by Jherek Bischoff with a libretto by Jan Dvorak. 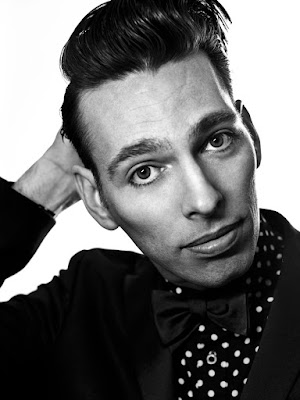 
Hans Christian Andersen is just starting to write the fairy tale «The Little Mermaid» when he turns up at his friend Edvard Collin’s house the night before his wedding in order to confess his love for him. However, he is rejected once again. Upset by this, Andersen continues spinning his yarn and allows it to take a tragic turn : for love of a prince, the Little Mermaid wants to be human, at any price. To achieve this she enters a fatal bargain with the Sea Witch. The Little Mermaid then becomes a human being – but she is still unable to gain the prince’s love.

Andersen discharges his unfulfilled longings in a fictional story and in turn that story then influences his personal life. Side by side with the Danish writer who escapes into an imaginary world in order to be able to gain greater control over his own life, we dive deep into the world of the Little Mermaid. (reproduced from the Theater Basel website)