Today : world première of 'Bérénice' by Michael Jarrell in Paris


Today, the Opéra national de Paris presents the world première performance of Bérénice, an opera composed by Michael Jarrell, with a libretto by the composer after Jean Racine's tragedy. 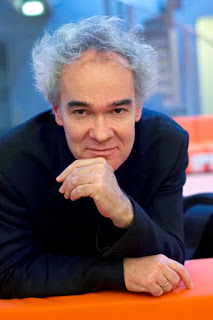 It is the composer's second opera after Galilei (Geneva, 2006).


Titus, passionately in love with Berenice, sends her away from Rome 'in spite of himself and in spite of her', recounts Suetonius. Titus and Berenice love each other; under the watchful eye of Antiochus, the hopeless lover, they try yet refuse to understand each other. (reproduced from the Opéra national de Paris website)

The score is published by Editions Henry Lemoine. According to their website, the required orchestra is the following :

The venue is the Palais Garnier. The performance should last about 90 minutes (no interval).