Today, the Badisches Staatstheater in Karlsruhe presents the world première performance of Avner Dorman's opera Wahnfried, with a libretto by Lutz Hübner and Sarah Nemitz. 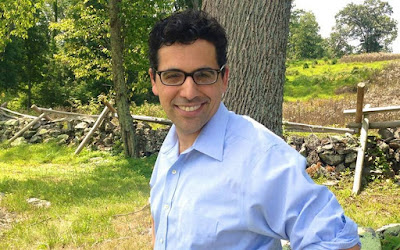 
Houston Stewart Chamberlain is a failed entomologist, a Darwin enthusiast that cannot bring himself to kill a single bug. Unable to come up with his own grand theory, Chamberlain is looking for a different cause, a calling that would give meaning to his life. He finds his calling in the music of Richard Wagner, and in German nationalism.
Wagner's widow, Cosima, enlists Chamberlain to lead the effort to immortalize Wagner's music and link it forever with German nationalism. Chamberlain leaves his first wife and marries Wagner's daughter Eva. He proceeds to write his magnum opus The Foundations of the Nineteenth Century, a book that becomes a seminal work in German nationalism. It is the first major work that advocates Aryan supremacy and promotes fighting Jewish influence.(reproduced from the Music Sales Classical website)

The performance should last about 2 hours and 45 minutes, including one interval. The programme book can be downloaded from the Theater website. A brochure on the opera is available on the Music Sales Classical website.