Today, Ricky Ian Gordon's new opera, Rising Star, with a libretto by William M. Hoffman after Sylvia Regan's 1940 play, will be performed for the first time in Cincinnati, at the SCPA's Corbett Theater. 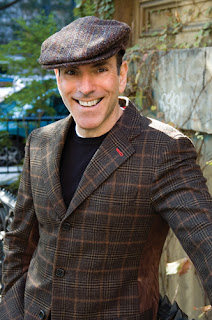 
1910. New York’s Lower East Side. Their homeland now a memory, Becky Felderman and her children find hope in the promise of life in the New World. As decades unfold, their dreams are tarnished by hardships — the Triangle Shirtwaist Factory fire, World War I, and the Great Depression. Their story is one of triumph and tragedy, struggle and sympathy, and a family that abides the trials of a lifetime. (reproduced from the Cincinnati Opera website)

The performance (2 acts) should last about 2 hours and 30 minutes, including one intermission.