Today : world première of 'November 1918' by Stefan Lano in Weimar


Today, the Deutsches Nationaltheater in Weimar presents the world première of November 1918, an opera composed by Stefan Lano, with a libretto by André Bücker and Beate Seidel based on Alfred Döblin's novel. 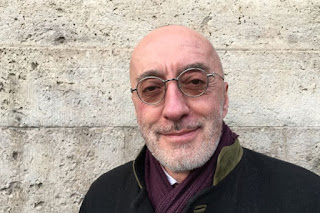 
The soldier Friedrich Becker returns home to Berlin broken and traumatised from World War I. Nonetheless, he is determined to find a new purpose in life. But he hardly recognises Berlin anymore, its foundation shaken by revolution. His hope for »sweet peace« seems to vanish in the face of everyday life. He observes the political bickering between left- and right-wing factions, the radicalisation of the Spartakists, the conservative and military elite biding their time until they can seize power again, the shameless actions of the Allied victors.
But Becker refuses to give up. He becomes a school teacher and gives classes in his beloved subject German. During his lessons, he tries to teach his students humanistic values. However, he bitterly discovers the futility of this project in a country humiliated in defeat and whose nationalistic pride would culminate in a fascist dictatorship only ten years later. (reproduced from the DNT website)