Today, the Opéra Théâtre Metz Métropole presents the world première of Nous sommes éternels (We Are Eternal), an opera in 3 acts composed by Pierre Batholomée with a libretto by Pierrette Fleutiaux and Jérôme Fronty after Fleutiaux's own novel. 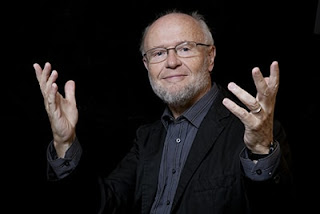 
Estelle, the only survivor of her family, seeks to understand the lie of her childhood and the destruction of her family. Dan and Estelle, brought up as brother and sister, loved each other with a crazy love, which they thought forbidden. Fate has fallen on them as on the rest of the family. "We are eternal," they said as children ... (freely adapted from the Opéra de Metz website)

The performance should last 2 hours and 5 minutes, with no intermission.