Today, the Staatsoper Hamburg presents the world première performance of Toshio Hosokawa's new opera, Stilles Meer, with a libretto by Hannah Dübgen after an original text by Oriza Hirata based on the Noh play Sumidagawa and translated into German by Dorothea Gasztner. The same play was adapted by William Plomer for Benjamin Britten's first church parable Curlew River in 1964. 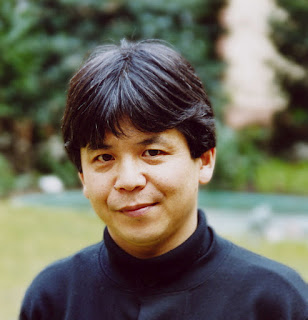 
A hill with a wide view over the ocean. Claudia spents most of her time standing there since her husband Takashi and her son Max died in the tsunami. For every dead soul there is a lantern on the sea. Claudia's former boyfriend and father to her son implores her to look at the reality. But the reality is that the evacuation following the tsunami prevented the victim's bodies to be recovered. A ritual allows Claudia to see her child's soul, but she cannot let it go. The image fades away in her arms. (freely translated from the Staatsoper website).

The orchestra is the following (according to the publisher's website, Schott Music, Tokyo) :