New in my collection : program books from Glasgow and Hamburg


I have recently two program books for contemporary operas : 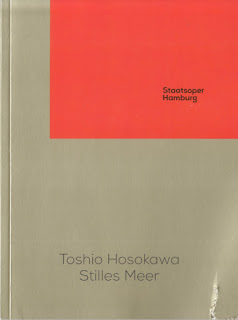 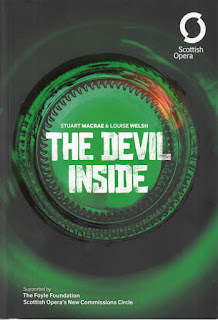 Both are 56 pages books. The first is entirely in German. It contains :

- synopsis of the opera ;
- an introduction to the opera, by the composer Toshio Hosokawa ;
- an article on the Fukushima Daiichi nuclear disaster, by stage director Oriza Hirata ;
- Nirgendwo ein Feind in Sicht (Nowhere an enemy in sight) by Janina Zell ;
- an interview with Oriza Hirata ;
- an interview with composer Toshio Hosokawa ;
- an article on the original Noh play, Sumidagawa, by Heinz-Dieter Reese ;
- an excerpt  of a novel by Ogai Mori ;
- Schönheit der Vergänglichkeit (Beauty of Impermanence) by the Dalai Lama ;
- several black & white headshots of victims of the 2011 tsunami by Denis Rouvre (taken from the Low Tide exhibition at the State Opera) ;
- complete libretto in German ;
- several colour pictures of the piano dress rehearsal on January 13.

A separate 4 pages booklet contains the complete cast and crew for the first performace. There is no biography of any kind.

The second is entirely in English. It contains :

By following this link to flickr, you have access to the covers of all 393 program books for contemporary opera I have in my collection.