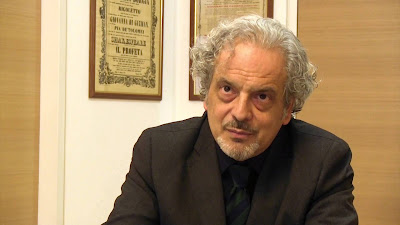 
Wake begins with the death of Lazarus, and the desperation of Martha and Mary, which becomes an echo of the injustice and unhappiness of man’s lot. But when Lazarus is brought back to life by Jesus, he is no longer able to cope with the reality he’d left behind. The celebration of his return is haunted by the despair over his non-return. Everything has changed, nothing is as it once was. Only in the end, in a boat surrounded by a sea of people telling their own stories, does Lazarus regain hope and his own humanity thanks to the solidarity among the desperate. (reproduced from the Ricordi website)

The full score is available on the Ricordi website. It includes the composition of the required orchestra :