Today, Opera Philadelphia presents the East Coast première of Jennifer Higdon's Cold Mountain. The opera, with a libretto by Gene Scheer was first performed in Santa Fe on August 1st, 2015. 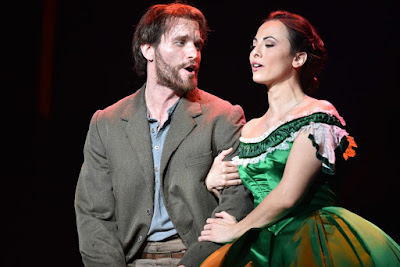 
Fatigued by the horrors of the Civil War, deserter W.P. Inman foots the arduous terrain of North Carolina toward home and the salve of his love, Ada Monroe, herself transformed by his absence. Once a Southern lady of privilege, Ada adapts to years of profound deprivation thanks to a resourceful new friend, Ruby. Inman’s odyssey home is plagued by not only the Home Guard’s marshals, but a more gruesome possibility: has the war’s violence withered his human capacity to love? And further, what truly makes a man a human ? (reproduced from the Opera Philadelphia website).

The performance should last about 2 hours and 45 minutes, including a 20 minute interval.