Today, the Landestheater Linz presents the first performance in Europe of William Bolcom's opera McTeague, with a libretto by Arnold Weinstein and Robert Altman after Frank Norris' novel. 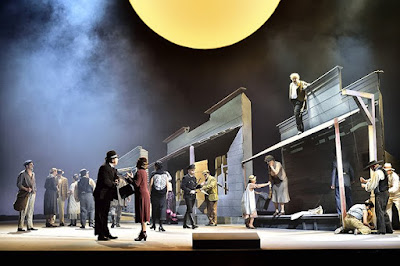 The opera was first performed on October 31, 1992 at the Civic Opera House by the Lyric Opera of Chicago.


San Francisco, California in 1900 : pioneers and the gold rush are a thing of the past, and the still-Wild West is becoming an urban place of opportunities for the myth of the American Dream. The rise and fall of dentist McTeague that ends in the searing heat of Death Valley. (reproduced from the Landestheater website)

The performance should last about 2 hours and 30 minutes. There is no broadcast planned yet. According to my personal database of about 180.000 performances since the early 1990s, there has been no performance of this opera since the world première.