Today : world première of 'The Thirteenth Child' by Poul Ruders in Santa Fe


Today, the Santa Fe Opera presents the world première of The Thirteenth Child, a fairytale opera in two acts composed by Poul Ruders with a libretto by Becky and David Starobin inspired by the Brothers Grimm. 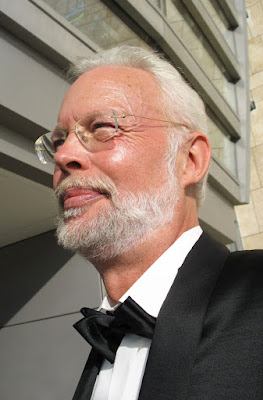 
Forget about magic beans and bowls of porridge — this fairy tale is a “down-to-the-wire” thriller, inspired by the Brothers Grimm. A paranoid king banishes his twelve sons in favor of Lyra, the thirteenth child. When Princess Lyra learns about her long-lost brothers, she embarks on a quest to find them. Like all the best fairy tales, it has an enchanted forest, riddles, a handsome prince, a horrible mistake, and a nearly impossible feat for Princess Lyra to perform if everything is to be put right. (reproduced from the Santa Fe Opera website)

The performance should last 90 minutes. The venue is the Crosby Theatre.

The full and vocal scores, as well as a recording, are already available for sale. The publisher is Edition Wilhelm Hansen. Since last April, I have the full score in my collection. It is a 230 pages volume. It contains a characters list, a detailed synopsis and the following orchestra setting :