Today : world première of 'Thérèse' by Philipp Maintz in Salzburg


Today, the Easter Festival in Salzburg presents the world première of Thérèse, a chamber opera composed by Philipp Maintz, with a libretto by Otto Katzameier after Emile Zola's novel. 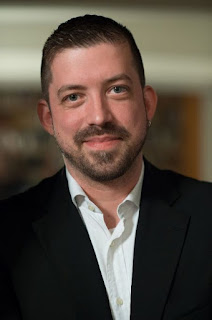 It is the composer's second opera after Maldoror (Munich, International Festival for New Music Theatre, 2010).


Thérèse lives in an arranged marriage with her cousin Camille, suffering unspeakably. She falls in love with Laurent, her husband’s best friend. Now she experiences a passion and happiness she would never have considered possible previously. The absolute wish to live together eclipses all else, and they decide to murder the husband. Now the way seems clear, but this open path is the very thing irreparably damaging their bond. Both are incapable of stopping the logic of their love’s death. Assigning blame only demonstrates their powerlessness in the face of the pointless fatalism of their development. The only communality they are still able to achieve is a suicide pact. (reproduced from the Easter Festival website)

The venue is the Large University Auditorium (Grosse Universitätsaula). Further performances are planned in Hamburg in May, at the Elbphilharmonie (Kleiner Saal) during the International Music Festival.

The score is published by Bärenreiter.