Today : world première of 'The Phoenix' by Tarik O'Regan in Houston (TX)


Today, the Houston Grand Opera presents the world première of The Phoenix or The Operatic Adventures of Lorenzo Da Ponte on Two Continents in Two Acts, by Tarik O'Regan, with a libretto by John Caird. 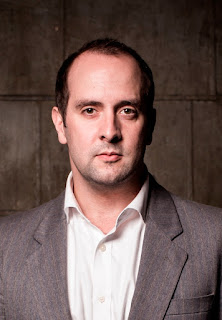 
Lorenzo da Ponte led a scandalous life that rivalled the stories he committed to paper. After becoming a priest and poet in Venice, he was banished when it was discovered that he had connections to many brothels and a secret family with two children. Luckily, he was introduced to Wolfgang Amadeus Mozart in Austria and flourished as a librettist. His new-found fame gained him access to the upper echelons of European society. Yet after much success, Da Ponte found himself bankrupt and needing to flee once more. He sought refuge in America where he made a modest living as a grocer before rising again to establish the New York City’s first opera company in 1833. (reproduced from the HGO website).

The performance should last about 2 hours and 25 minutes, including one intermission.

The score is published by Novello.