Today : world première of 'GerMANIA' by Alexander Raskatov in Lyon


Today, the Opéra national de Lyon presents the world première performance of GerMANIA, an opera in 2 acts and 10 scenes composed by Alexander Raskatov, with a libretto by the composer based on Heiner Müller's plays Germania Death in Berlin (1978) and Germania 3 Ghosts at Dead Man (1995). 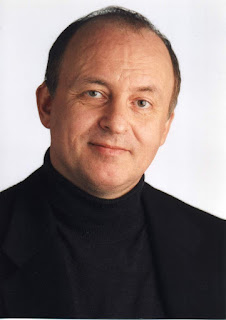 
This dramatic and satirical opera plunges the audience into a turning point era of the 20th century, when two totalitarian regimes, Nazism and Communism, confront each other. In this panorama of Germany, from the World War I to the reunification and the fall of the Berlin Wall, thirty-seven characters will appear on stage, among whom Hitler, Stalin and Goebbels. (freely adapted from the Opéra de Lyon website)

The required orchestra is the following (reproduced from the programme book) :

The performance should last about 2 hours and 30 minutes.