Today, the Theater Osnabrück presents the world première of San Paolo, an opera composed by Sidney Corbett, with a libretto by Ralf Waldschmidt, inspired by Pier Paolo Pasolini's project of a film on Saint Paul. 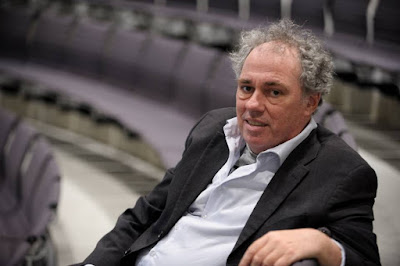 
Pasolini's Paul is a tattered man, a fascinating mystic, an inspiring teacher of his disciples, and at the same time a dogmatist consumed with doubts and fears, founder of the institution of the church, which already carries the betrayal of itself. 'San Paolo' will ask questions to the city of peace in Osnabrück, in which tolerance and lived ecumenism will be tested again and again. (freely adapted from the Theater Osnabrück website)

The libretto is in Italian. The performance should last 90 minutes, no intermission.