Today, the Oper Stuttgart presents the world première of Krieg, stell dir vor, er wäre hier, a chamber opera for everyone from 14 years onward, composed by Marius Felix Lange, with a libretto by the composed based on the book by Janne Teller and with poem islands by Nora Gomringer. 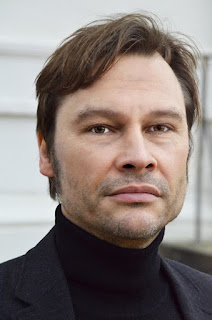 It is the composer's sixth opera for young audience, after Schneewittchen (2011), Das Gespenst von Canterville (2013) and Die Schneekönigin (2016), among others.


If there was war in our country, where would you go to ? Maybe you would flee to Egypt where it seems safe for you and your family. Maybe you would sell cakes as a street vendor and would try to fit in. But you still would think of your country and your home every single day and you would wonder where home exactly is ? Is it that country, ravaged by war, to which you cannot return to ? Or is it that new place, where you have found friends but will always remain a stranger ? (reproduced from the Oper Stuttgart website)