Today, the Oper Frankfurt presents the world première of Der Mieter (The Tenant), an opera composed by Arnulf Herrmann with a libretto by Klaus Händl based on motifs from Roland Topor's novel Le Locataire chimérique. 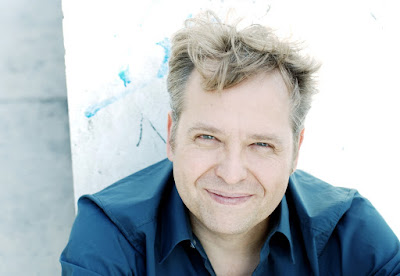 It is the composer's second opera after Wasser (München, 2012).


Lodgings are scarce, so Georg is delighted to have found a room. The previous tenant is dead. She threw herself out of the window. Not long after he moves in the other people in the house start intruding on his life. It starts with complaints about noise. Then he is expected to help drive other tenants away. Everything takes place in a climate of increasing fear, intimidation and – what weighs most heavily – gradual self-restraint and the need to become increasingly obedient in order to be able keep his room. The extent to how he is free to move and act becomes less and less. His (bio)sphere begins to vanish. In the end it is unclear whether the threat is real or imagined – advanced paranoia. He begins to imagine that he is being forced to suffer the same fate as the previous tenant. And worse: that he should become part of her. Not only does he lose his own identity, he turns into a woman and takes his life. (reproduced from the Oper Frankfurt website)

The required orchestra is the following (reproduced from the Peters Edition website) :

The performance should last about 1 hour and 50 minutes, without interval.