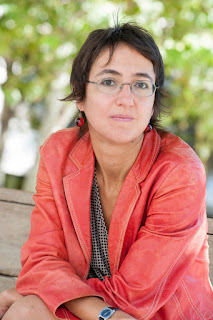 
It is a drama about the loneliness and fantasies of four women: two singers, an accordion player and a violist. Each hides, in her own way, in a parallel existence which is at once irrational and compassionate, an attempt to survive in a world of social hypocrisy, desperation and isolation of the individual. The action takes place in Onetti’s symbolic city of Santa María, one of interior spaces where windows and stairs are the only link to the outside world. The central point of this restricted universe is a bar. The men of Santa Maria gather here and give full rein to all manner of rumors and scandal. By way of their gossip, we discover the inevitable masquerades of the four women. Some are absurd and even tinged with comedy, but they are, in fact, much more worthy than so-called reality. (reproduced from the Teatro Real website)

The score is published by Edition Peters. According to the published, the required orchestra is the following :

The performance should last about 90 minutes, with no intermission. The programme book is available for download on the Teatro Real website. It is entirely in Spanish and contains a plot summary in English.