Today, the Deutsche Oper in Berlin presents the world première of Andrea Lorenzo Scartazzini's
Edward II., with a libretto by Thomas Jonigk. 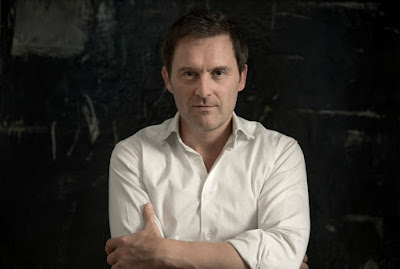 It is the composer's third opera after Wut (Erfurt, 2006) and Der Sandmann (Basel, 2012). Thomas Jonigk's libretto is based on Christopher Marlowe's homonymous play and Ralph Holinshed's Chronicles of England.


Edward II keeps bad company, and the friend he needs least is Piers de Gaveston. The king’s childhood playmate and favourite pal, Gaveston is showered with power and fiefdoms, to the annoyance of the peers of England. So it is that Edward’s regency is overshadowed by assorted conflicts revolving around this resented friendship. When the nobles finally take their revenge, the battle lines are drawn between peers and loyalists and a period of violence and bloodshed ensues. The protégé is murdered; the king is deposed and, according to folklore, killed in a particularly gory manner. (reproduced from the Deutsche Oper Berlin's website)

The full score of the opera is available on the Bärenreiter Verlag website. According to the score, the required orchestra is the following :

The performance should last about 90 minutes, with no interval. It seems there is no broadcast planned yet.