Today : world première of 'The Colour' by Gerhard Stäbler in Würzburg


Today, the Mainfranken Theater in Würzburg presents the world première performance of Gerhard Stäbler's new opera, The Colour, with a libretto by Hermann Schneider, after Howard Phillips Lovecraft's 1927 short story The Colour out of Space. 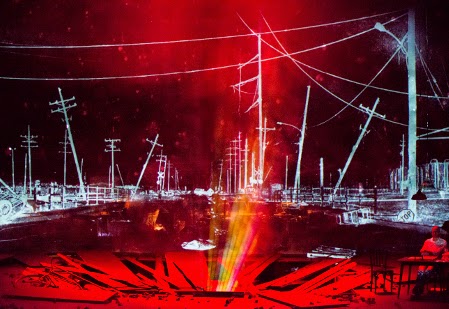 It is the composer's third vocal work for the stage after Sünde. Fall. Beil for the Münchner Biennale in 1992 and Afternoon Sun for Seoul in 2006.


A meteorite falls near a farm. From inside the strange celestial body glows a coloured light that doesn't belong in the usual colour spectrum on Earth. The light gradually causes physical and psychological destruction around it, not only to the family living in the farm, but also to their environment. (freely translated from the Opera house website).

The opera is performed as a part of the commemoration of the 70th anniversary of the destruction of Würzburg and the end of World War II.