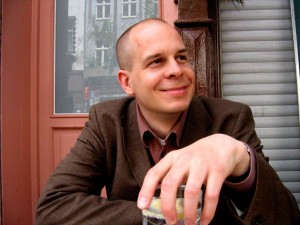 It is the composer's third work for the stage after the chamber opera Jakob von Gunten (2000) and the tragicomedy Dafne (2006).


John Blunt and George Caswall, two financial geniuses of 18th century England are given the monopoly of trade with the South Seas colonies by Queen Anne when they pay all the war debts of the Crown. They set up the South Sea Company and set off on a journey to boost a buoyant trade. The fact that they come only to Jamaica and have nothing to import except for a clever governor, the exotic beauty of Pandora and a flower bulb is not noticed in England - the rumor of treasures makes the price of the new share skyrocket on the financial market. When the Queen unexpectedly sets an end to the Spanish Succession War and the fraud is discovered, the angry investors demand their money back. But Blunt and Caswall have already left England, with only a single flower-bulb in their luggage... (freely adapted from the Theater Chemnitz website)


The study score is available for perusal on the Schott music website. According to their website, the required orchestra is the following :