Today, the Staatstheater am Gärtnerplatz in Munich presents the world première performance of Johanna Doderer's new opera, Liliom, with a libretto by Josef E. Köpplinger. 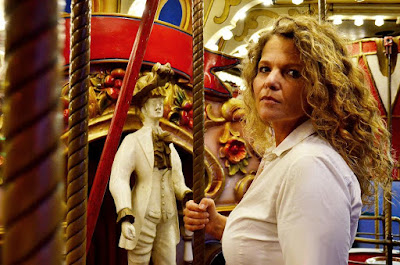 The libretto is freely based on Ferenc Molnar's play.


The fairground barker Liliom is the great attraction of carousel operator Mrs Muskat in the City Park in Budapest. He is young, good-looking and wonderfully masculine. Admittedly, he is also coarse, impetuous and known to the police – but this is what the carousel's female customers love about him, as does Mrs Muskat. The young servant girl Julie is also attracted by the suburban rogue – as he is by her. The result is that he causes both of them to lose their jobs. From then on, Liliom lives off Julie's aunt, beats the girl and gets her pregnant, and proudly refuses all well-intentioned offers of help. When a false friend talks him into committing robbery and murder with the aim of solving their financial problems, which ultimately goes horribly wrong, the rogue escapes responsibility for his actions by committing suicide and ends up in the courts of heavenly justice. There, the unrepentant man is offered one last chance to do something good so that he can dredge his soul of the deep mire in which it has landed … (reproduced from the theater's website)

The performances take place at the Reithalle. BR-Klassik will record the first performance and broadcast it on December 3.