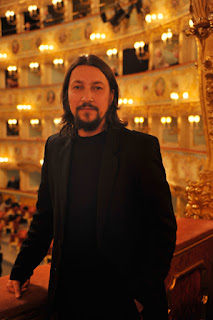 On 4 November 1966 Venice was struck by terrible floods. That day saw the highest high water ever recorded since the systematic recordings of the phenomenon had begun: at 18.00 the mareograph at Punta della Salute showed 194 cm. The consequences of the flood were terrible. The worst hit area was Pellestrina, the island where the new opera by Filippo Perocco is set. At that time the protagonist, Ernesto Ballarin was twenty-five years old when the sea broke through the Murazzi and flooded his house up to the roof so that he had no choice but to leave his house and island, together with another three thousand people.(reproduced from the opera house's website).